The Present and Future of Information Technology in the Enterprise

The Present and Future of Information Technology in the Enterprise 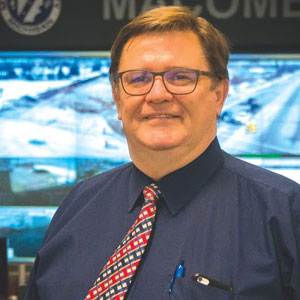 There is an exponential growth in demand for Information Technology (IT) to deliver quality solutions in an acceptable timeframe. This calls for a change in the strategic mindset of the IT decision makers.

The traditional KTLO (keep the lights on) philosophy needs to morph into a space where IT becomes an integral part of business improvements, through its application, to drive productivity and processes. This message is common today but many organizations lag behind, even though the industry has been moving in this direction for many years.

Hardware virtualization is the major technology that enabled providers to introduce IaaS as a cost-effective, agile solution to the enterprise

The hardware industry has led the way in laying the foundation for this transformation. We can honestly say that the industry has come a long way since around 2005 when desktop and server virtualization became popular. Issues from the early years such as latency on virtual servers for VoIP implementations, challenges with video and audio, and others, have been successfully addressed. Soon after hardware virtualization, application virtualization came to the forefront; it improved the overall ability of the industry to provision applications more swiftly.

The popularity of cloud computing has increased significantly over the last five years as it became a more viable option for the enterprise. The foundation has been laid by companies such as Amazon and Google but issues concerning security, bandwidth requirement and the maturity of the underlying hardware technologies have been a challenge. Progress in the hardware industry has led to very stable and agile hardware platforms, enabling cloud providers to address these concerns. Many organizations now rely not only on their own network, server and storage environments to provision applications, but also on hybrid and fully cloud-based solutions. Hardware virtualization is the major technology that enabled providers to introduce IaaS as a cost-effective, agile solution to the enterprise. In combination with application virtualization, it allows for the provisioning of PaaS and SaaS in the same way.

The introduction of cloud computing, in combination with the fact that hardware is becoming more of a commodity due to the ease of provisioning and monitoring, has yielded the most important and needed characteristic of a successful IT organization today: agility. A multitude of challenges has driven the industry to move in this direction, with the most important one being the ability to allow Information Technology providers to deliver quality solutions in more acceptable time frames.

As a CIO in the Government space, I recognize that the public sector traditionally lags behind the private sector as far as IT is concerned. I believe that it is now more important than ever that this does not remain the norm, but rather becomes the exception. The IT industry as a whole is converging in all aspects; interoperability is the key and we need to keep up with the times.

The future is very bright for the industry, but there are some areas for improvement. More security concerns are coming to the forefront as government adopts the cloud; the industry and government are addressing them via different initiatives. Although hardware provisioning is relatively easy, the unified monitoring of the infrastructure is still not fully addressed. Another area for improvement is chargeback models. Improving these items will go a long way in allowing the industry to be more pro-active in improving uptime and also more precise in how we build cost models around these services.

Brea Networks: Bridging the Gaps in the DoD Security Framework

Qumu: The Next Level of Video Collaboration

Unlocking the Value of Connected Cars

Comprehensible Distribution of Training and Information...

The Current Focus is On Comprehensive Solutions

Big Data Analytics and Its Impact on the Supply Chain

Carmax, the Automobile Business with IT at the Core

The CIO's role in rethinking the scope of EPM for...

Transformative Impact On The IT Landscape

Get Ready for an IT Renaissance: Brought to You by Big...

Technology to Leverage and Enable

Speed is the Name of the Game

Disrupt Your Legacy Application Portfolio to Improve Security And...

Why a Credentialing Strategy Must be Part of Your Digital Strategy

The Convergence of IT with the Internet of Things Innovation

It’s On People: The Undeniable Cultural Impact in a Digital...

A Promising Road Ahead for Insurtech

Bolloré Logistics Australia becomes a global leader in the use of...

However, if you would like to share the information in this article, you may use the link below: